Since the death of Gadget creator Bruno Bianchi, a lot of illustrated homages have popped up on the web... and I felt it was only appropriate to showcase some of these heartfelt tributes here. Some of the sites paying homage to Bianchi did so to animator Shingo Araki at the same time, so in those cases I have also posted the Araki tributes.

Over at a French site called Mekavolt, I found some really neat tribute art to Bruno Bianchi and Shingo Araki illustrated by site owner/animator "Bena" (who also knew Bruno Bianchi personally according to the tribute post). I really like the mood in this tribute drawing to Bianchi. Putting Gadget's trenchcoat and the Gadget hand in there is actually quite a beautiful touch. 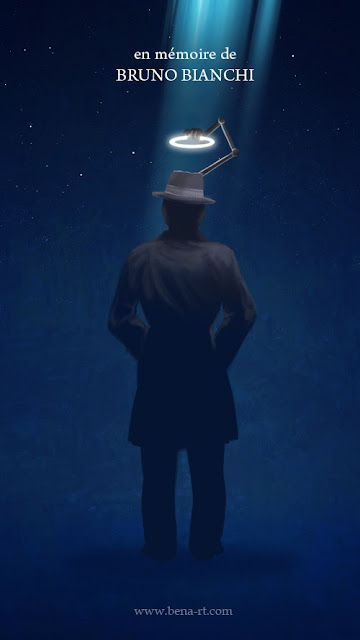 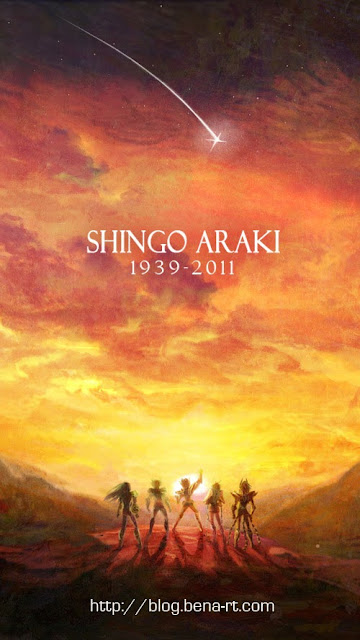 [UPDATE (August 29, 2013): The Mekavolt site recently disappeared from the web - and so did the two tribute drawings which I had copied directly to my blog from the site. Happily, though, both drawings as well as the written tribute to Bianchi are still available on Bena's DeviantArt page (enabling me to save the images from there and re-post them from my harddrive). Here's the link to the Bruno Bianchi tribute, and here's the Shingo Araki tribute.]

The touching artwork below - from the blog of David Gilson - pays homage to both Bruno Bianchi and Shingo Araki, but also to the famous Zdenek Miler (creator of "The Little Mole") and Gilson's young collegaue Jean Vincent. 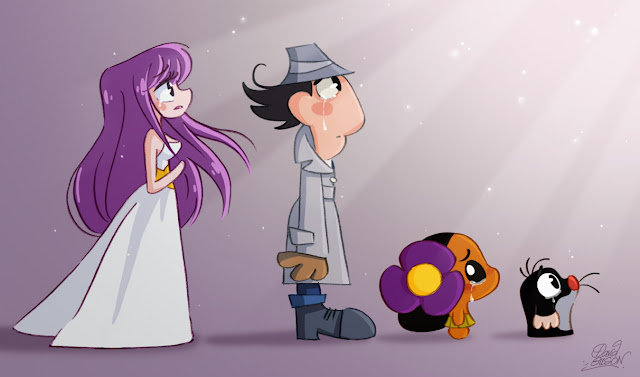 This simple, yet effective color sketch of Gadget thanking Bruno for his achievements was done by "Nikooz" of the French blog Drink 'N' Draw Paris (click here to see the tribute post with the original black-and-white sketch as well!) Nikooz also did a similar homage to Shingo Araki, starring the title character from another classic DiC series, Ulysses 31 (again, click here to see the source post which also includes the black-and-white sketch). 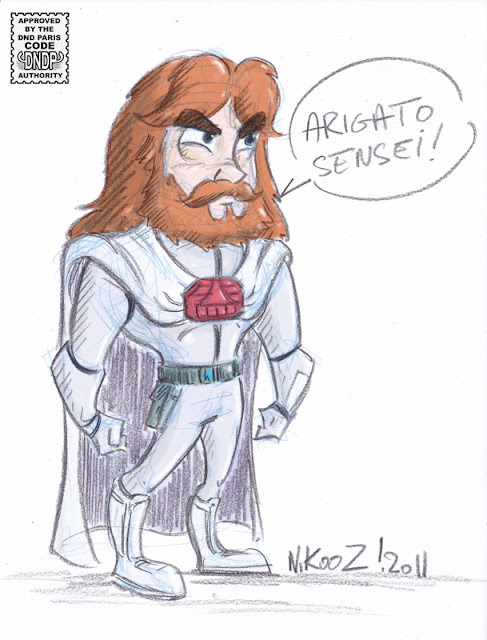 Finally, this loosely rendered pencil drawing by "Piotr" of the French blog Mégalomine incorporates characters from both Bianchi and Araki's animated series to make a combined tribute.

[UPDATE (February 18, 2013): The Mégalomine blog changed its internet location a while back, causing the picture I had copied from the old version of the blog to disappear. So I'm re-posting the picture from my own harddrive, to make sure it stays up this time. Here's the new link for the source post.] 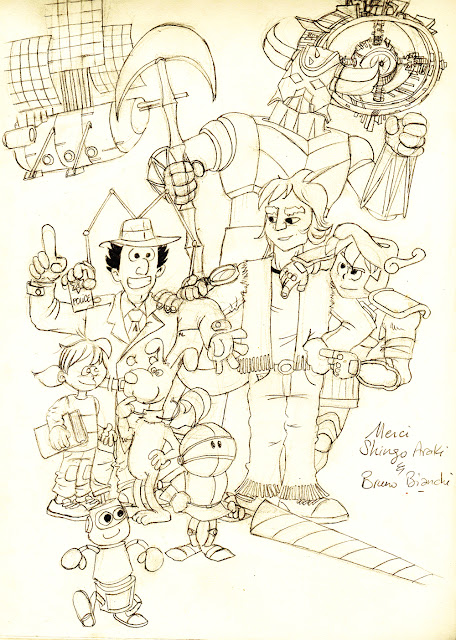