CD UPDATE: Télé 80's Leader Says They Will "Certainly Do a Volume 2" of Inspector Gadget, Explains About The Missing Tracks


In yesterday's post on the French CD release of Inspector Gadget's soundtrack, I was asking why the CD coming out tomorrow has only 12 tracks... as the original LP edition it is based on has many more. Well, I somehow missed this interview from May 10 with Christophe Renaud (above), the leader and gründer of the Télé 80 soundtrack project. Answering questions from the web site Magic80.fr, Renaud speaks in detail about each of the 8 CDs that will be released tomorrow as the first batch of Télé 80 soundtracks. What he says about Inspector Gadget is particulary interesting - and it pretty much explains why their first "Inspecteur Gadget" CD has only half of the tracks that can be found on the French LP. (Note: The following interview excerpts are translated from French by Google Translate, with grammar help by me.)

Christophe Renaud: Inspector Gadget is the one that caused us the most problems because the master tapes were lost. There are many master tapes to record companies that were lost, and therefore Inspector Gadget deserves a volume 2. That is to say, here is a cd which contains about a dozen titles, while we could have put in - it is true - 24. Certainly we will do a volume 2, but with bands of good quality because the bands we had were of bad quality.


The confirmation that Télé 80 is planning a "Volume 2" is great news, to be sure... though at the same time, it's sad to hear officially that the master tapes for the series really are lost. Or are they? Renaud starts out by saying that "the master tapes were lost"; but in the end, he adds that they plan to do a Volume 2 "...with bands of good quality because the bands we had were of bad quality". Sort of a contradiction, if you ask me.

Again, this is me speculating... but maybe what it means is that, whatever master tapes Télé 80 actually found for Inspector Gadget, they had deteriorated to a point of no longer being usable. In another interview from May 17, Renaud was asked if any of the music on Télé 80's upcoming CDs had been remastered, and his answer was plainly no:

Christophe Renaud: ...under no circumstances are these remastered versions. It would have been far too expensive to do for a collection aimed primarily at the general public, which will be available in supermarkets at a price of about 6 €.


In other words: Lacking the budget to restore master tapes in bad quality, Télé 80 is probably confined to searching for better-quality versions of these masters instead... versions that they can use without having to go through an expensive remastering process. At least that's how I interpret the interviews.

I hope Renaud and his team manage to find the "bands of good quality" that Renaud is talking about for Volume 2. If not... then I guess the best alternative would be to get hold of mint LP copies, and rip the remaining music from them. It might not be as great as if the original masters are found, but in a worst-case-scenario, it's much better than nothing. A fan rip of the French "Bande Originale" LP has already been floating around the web for years, and it generally sounds great to my ears. Here are the Youtube links to ripped versions of two tracks that will not be on the first CD volume: "Gadget in Trouble" (Gadget en difficulté) and "Sophisticated Gadget" (Gadget le sophistiqué). I'm looking forward to hearing these on a future CD edition one way or another.

And also -- I really hope that for Volume 2, Télé 80 will take a look at the Australian LP "Inspector Gadget - The Music". The Australian record, as I've mentioned before, actually has 3 tracks that are totally unique to that edition and not included anywhere on the French LP. Getting these tracks included on the "Inspecteur Gadget Volume 2" CD would make the collection so much more complete.


Anyhow... that is probably a great suggestion to write to Télé 80 about with regards to their planned, second volume of Gadget. But for right now, let's concentrate on the first volume coming out on May 21 together with seven other iconic 80s soundtracks! Only a day to go... 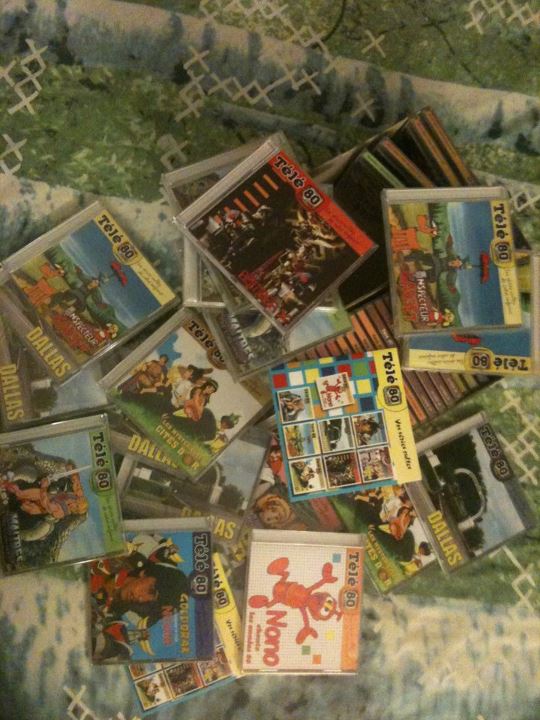