As shared a few hours ago on Inspector Gadget's official Facebook site...

Attention Canadian Gadget Fans: The brand new series Inspector Gadget will be premiering on TELETOON in the Fall of 2015! Stay tuned for more details. 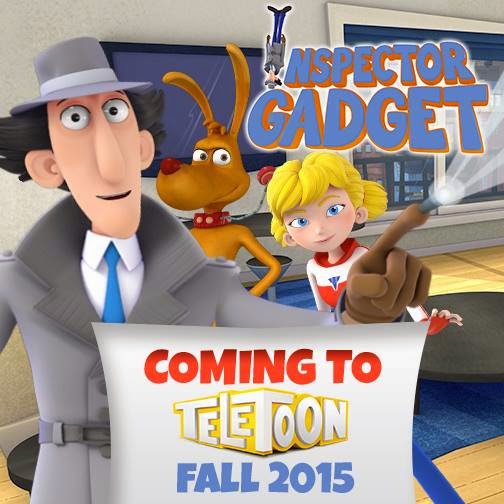 This marks a change from the tentative June 2015 premiere that animator Scott Baltjes mentioned back in December. The Fall 2015 launch has actually been revealed one other place online - in this April 12 article on Gadget voice actor Ivan Sherry that I previously wrote about here (though I neglected to mention the following then):

Sherry said the new Inspector Gadget started to air in January in 65 different countries around the world. In March, the show started on Netflix in the United States, and will air on Teletoon in the fall.


Now we have two sources of info, one of them being the show's official Facebook account; so the new Canadian premiere time is clearly legitimate. Stay Teletooned!
Posted by Mesterius at 10:31:00 PM