A few odd details surround the cover art for the next Australian DVD release from Universal, slated for June 18. Nothing wrong with the motive, but for whatever reason, someone has taken what was already a nice promotional image and replaced Gadget's serious-looking mouth with a smiling one. Even stranger, the cover art is currently circulating online in two different versions. First, there's this (where Gadget's mouth seems seriously misplaced)... 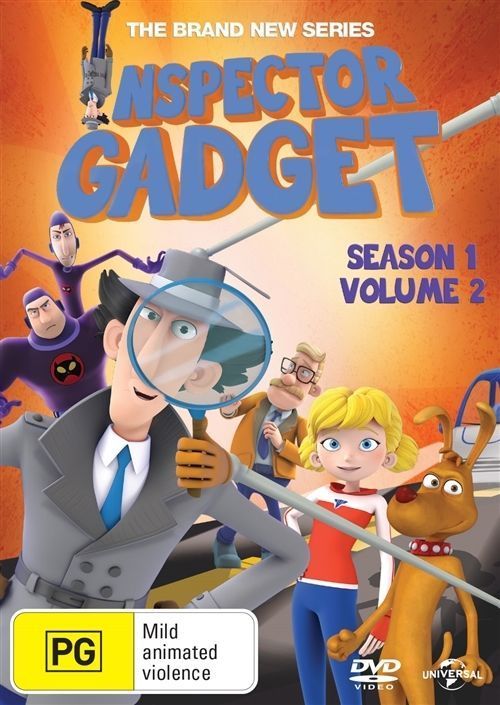 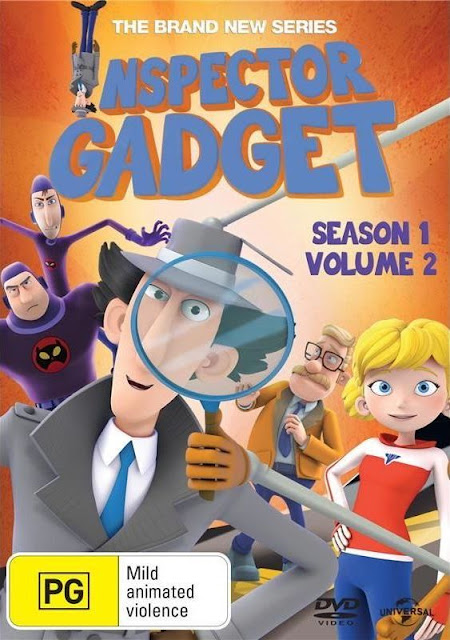 ...where the mouth is better positioned, but still doesn't look quite natural (I'd say slightly more to the right). This version has other problems, too: it zooms in on the characters more, but the result is that Brain is chopped away, which looks especially odd with one of his arms still visible. Since Gadget's mouth is better placed here, I'm guessing this is the version we'll be seeing on the physical DVD editions... though I much prefer version 1 otherwise.

The number one problem is that the original promo art was created to work as a horizontal image, not a vertical one (as the motive used on Volume 1 was). For comparison, let's look at a few web-released versions of the artwork. This is actually an image I haven't featured in a post earlier (I discovered it many months ago, but it slipped through my fingers because of very little time to update the site), so it's about time, anyway. The below version was found in a DHX distribution catalogue released as a PDF back on September 26, 2014. Click to enlarge: 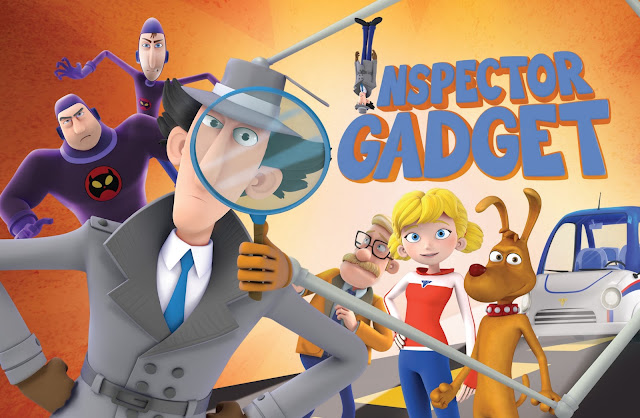 I think Gadget's non-smiling mouth here looks much better, not just because of the situation - he's on duty and serious about his work - but also for the facial expression as a whole. Is it really that important that all the good guys are smiling on a DVD cover? I'd say the most important thing is to show off their personalities.

A slightly different version was posted on Inspector Gadget's official Facebook page back on December 5, 2014. I like how this one incorporates Dr Claw's new M.A.D. Jet:

Finally, some practical info about the DVD. As I've mentioned once before, the Australian Government's classification lists Volume 2 with a runtime of 130 minutes, so I assume we'll be getting the next six half-hours here, #8 through #13. (Another reason I'm assuming this is that only the first 13 half-hours of season 1 were launched for the initial premiere on Boomerang.) Also, as with Volume 1, I'm assuming a 1080p release on iTunes Australia will pop up concurrently with the physical DVD on June 18. The DVD can currently be pre-ordered from retailers such as Ezy DVD, JB Hi-Fi and DVD Warehouse, as well as this, this and this Ebay seller. There's also a possibility for Australian residents to win it for free over at smoothfm.

...oh, and one more thing. I thought it might be interesting to put together a GIF of the two cover versions, showing the differences in composition more clearly. Aside from Gadget's mouth, which of them do you prefer?