Cool Vintage Artwork - And A Question 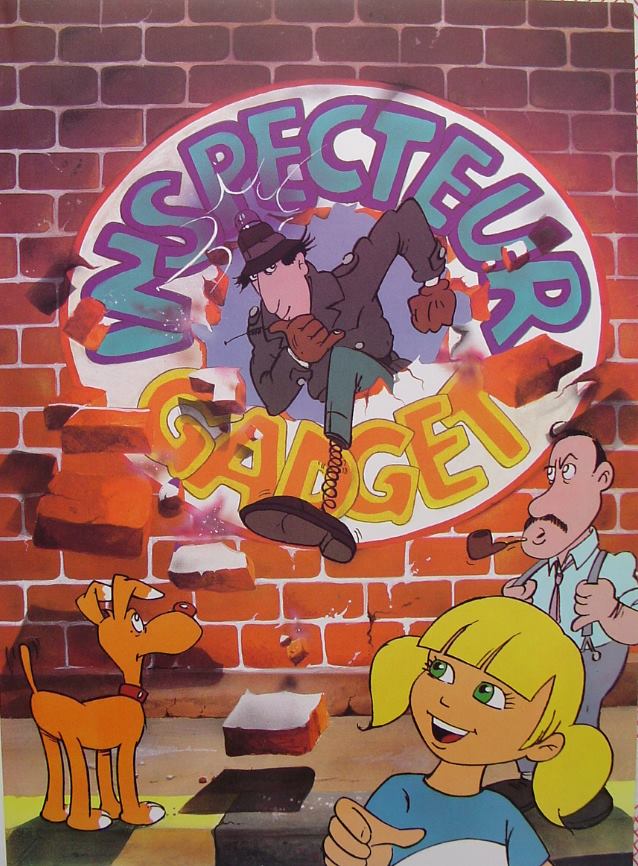 I've been remiss in sharing any of the Gadget-related updates that the Facebook page for the "Les séries de notre enfance" art book has given us over the past year. Above is a great piece of vintage promotional art that they posted on August 25, 2013. I had already seen this artwork online on some Spanish and French VHS covers, but the above picture finally gave me a proper look at it. I love the classic feel of this drawing. Even if the art and coloring is not 100% perfect, I can't help but find it charming. The characters have an authentic, early 80s feel to them, very true to DiC's original model sheets (heck, I wouldn't be surpriced if some of the characters were traced from those sheets). Also, gotta love the brick wall from the intro and not least, that awesome 3-D effect they're going for. Go-Go Gadget!

The Facebook post featuring the drawing also included a question for the fans: What is your earliest memory of this series? Here's what I answered (slightly modified)...

I was 11 years old when I first discovered this series - I still remember it clearly. It was back in 1999, on the Norwegian channel TV2 (which had bought the series because the Disney movie was about to premiere). By pure coincidence, I zapped into the channel as the episode "Monster Lake" was playing (about midway through - the great scene where Dr Claw tries to swallow Gadget with his mechanical sea monster) and was hooked. I fell in love with the show's humor and action pretty much immediately.


Much of what I state above - my first feelings when seeing the show - still holds true today. Admittedly, I don't find the series quite as exciting now as I did at age 11. Back then, I could buy into Gadget, Penny and Brain being in danger on a whole different level. I could find Dr Claw a bit scary - as in really scary. Today, I appreciate the show more for its humor, its tongue-in-cheek parodies and the relationship between its main characters. It took me a few years to really pick up on Penny's love for her uncle.

Anyway, before I digress too much... what I wanted to get at is that I found the question on the Facebook site interesting. And that's why I've decided to ask it over here, as well: What is your first memory of Inspector Gadget? If you're a fan of the show, how did you become one?
Posted by Mesterius at 1:52:00 PM