DHX Media's Phillip Stamp On The Challenge Of Rebooting Gadget 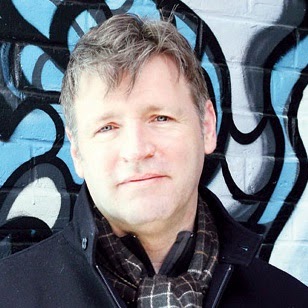 We already have Jean Chalopin's comments on the new TV series, but the below, 22-minute audio interview with supervising producer Phillip Stamp offers the most in-depth perspective that I've heard so far. You may be surpriced to know the date of this interview: July 3, 2013. Yes, it could be considered "old news", but I've decided to still give it a full presentation here for two reasons. One, Phillip Stamp provides a lot of info about his and his crew's approach towards reviving Gadget. Two, I believe very few people have heard this interview, and for good reason. It ran on a Canadian radio program called "Maritime Morning", and the web site featuring the interview episode misspells the series' title as "Insector Gadget". On top of that, the clip is not even playable from the site, due to an erroneuosly linked mp3 file. It almost feels as if someone went out of their way to hide this sound clip from the world! After a bit of experimenting, though, I managed to find the proper mp3 file's url address. So here we have the interview at last, embedded for your enjoyment...


Still here? Great! For those who have finished listening, I thought I'd add one comment to what Phillip is saying. At about 08:15 into the clip, the interviewer asks about the reasons for resurrecting the Inspector Gadget property, out of all the series that are now in DHX's library. Here is Stamp's reply...

...back last year [in 2012], DHX aquired the library of another great Canadian studio called Cookie Jar ... and, when those companies came together, Cookie Jar was actually the company that had owned Inspector Gadget for a long time and so then, that became the property of DHX. And there were a few of us within the company who, when we realized that that was something that we now had - under our creative influence, shall we say - we really thought that that could be something that would be a lot fun to take a swing at, and bring... you know, breathe new life into it.


I have no problem believing that Stamp and some of his colleagues thought reviving the series could be "fun", and I like that they were excited about it from a creative point of view. But Stamp's reply makes it sound like it was DHX's idea from the get-go to make the new TV series, which is not really the case. Maybe Stamp just wanted to simplify his explanation; but the truth is that the reboot series was well into pre-production by the time DHX bought Cookie Jar in October of 2012. In fact, we know that Cookie Jar was already developing the series in January 2012. It might very well be that the full, creative team for the production came together after Cookie Jar had been integrated with DHX... but DHX did not start the production from scratch.

Anyway, Phillip Stamp sounds like a really nice, enthusiastic guy who cares about doing a good show, so I'm not gonna hold this against him. More on his decades-long animation career can be found in this article by The Telegram (which is also where I grabbed the above photograph).
Posted by Mesterius at 5:58:00 AM