BREAKING: The New Inspector Gadget Series Premieres on Netflix in the United States on March 27, 2015 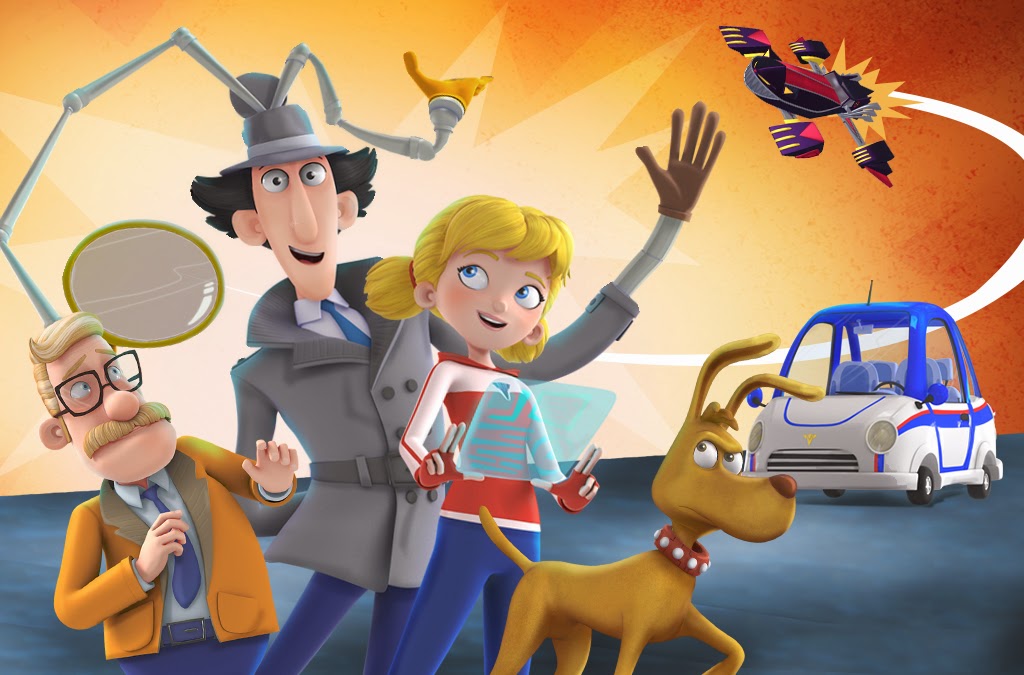 Halifax, Toronto, Vancouver, Los Angeles, London. 25 February 2015. DHX Media, a key player internationally in the creation of content for families and children, has licensed Netflix as the exclusive US home for its new Inspector Gadget series. The new CGI, 26-episode series is expected to premier on Netflix US this March. It will also appear on Netflix at later dates in Latin America, the U.K., Ireland, Benelux, France and the Nordics following initial broadcast in each country.

“Inspector Gadget is one of those classic properties that’s perfect for a contemporary version,” Josh Scherba, SVP Distribution at DHX Media, stated. “We are delighted that, beginning this March in the US, the bumbling bionic detective will reach a whole new generation of fans on Netflix.”

Here's an excerpt of Netflix's announcement as well:

Everyone's favorite bumbling bionic detective, Inspector Gadget, is back in an all new CGI animated series. Dr. Claw has reactivated his global crime syndicate MAD and Inspector Gadget must stop him! Backed up by his niece, Penny, her dog Brain, and an arsenal of high-tech gadgetry, the lovable Gadget fights crime as only he can. (...)

This puts a definite "outdated" stamp on the news from last June that the series would air on Cartoon Network in the States. After Cartoon Network recently announced its 2015-16 upfront without a mention of the Inspector Gadget reboot, I was half-way expecting Boomerang to be the show's destination in the U.S. too... so this came completely out of the blue for me. On the plus side, I'm guessing the series will be presented in HD on Netflix, which might perhaps not have been the case had it come to Boomerang in the States.

Interesting, by the way, that Netflix in numerous other countries will also feature the series sometimes after its initial Boomerang airings. This apparently includes my own country, Norway, under the "Nordics" section. (About that: The Boomerang premiere in the Nordics - Norway, Sweden, Denmark, Iceland, Finland - seems to be happening soon, as indicated by videos like this on the Norwegian Boomerang site, but I've been unable to find premiere dates for Norway and other Scandinavian/Nordic countries yet. If anyone should know, please comment about it.)