Okay, I hadn't actually expected to return to the blog quite so soon, but this is hilarious.

I just came across the site of Audio Postproduction SPR Inc., a studio which specializes in postproduction servives such as dubbing to other languages. According to their list of dubbed projects, DHX's new Inspector Gadget is one of many animated children's series that SPR have dubbed into French, and - well, have a look at their presentation site: 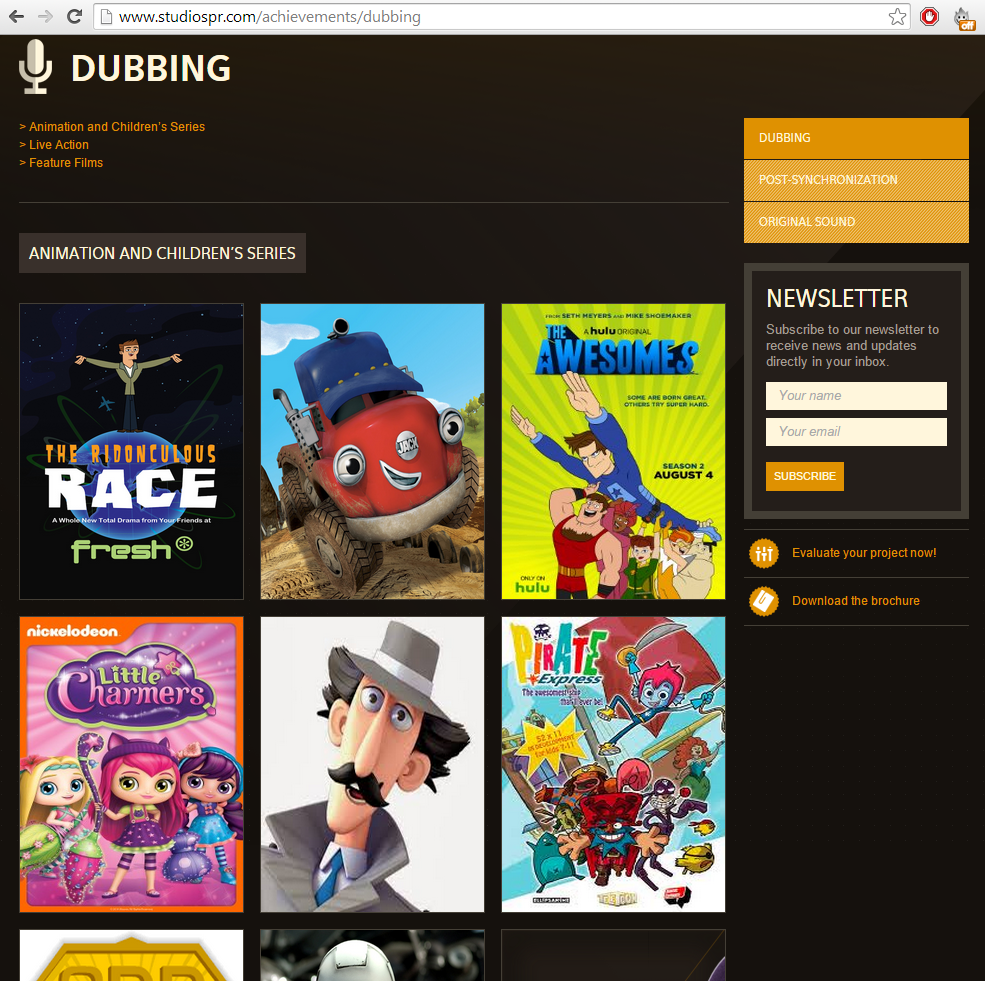 It really was just a question of time, am I right? Cortoony's beautifully rendered mustache version of the new CGI Gadget always looked real enough to be an actual promotional image. And now, as we can see, it is! Expect Mustache Gadget to turn up on official DVD and Blu-ray covers for the new series shortly.
Posted by Mesterius at 9:28:00 PM