Looking Over the Shoulder of Inspector Gadget Animator Len 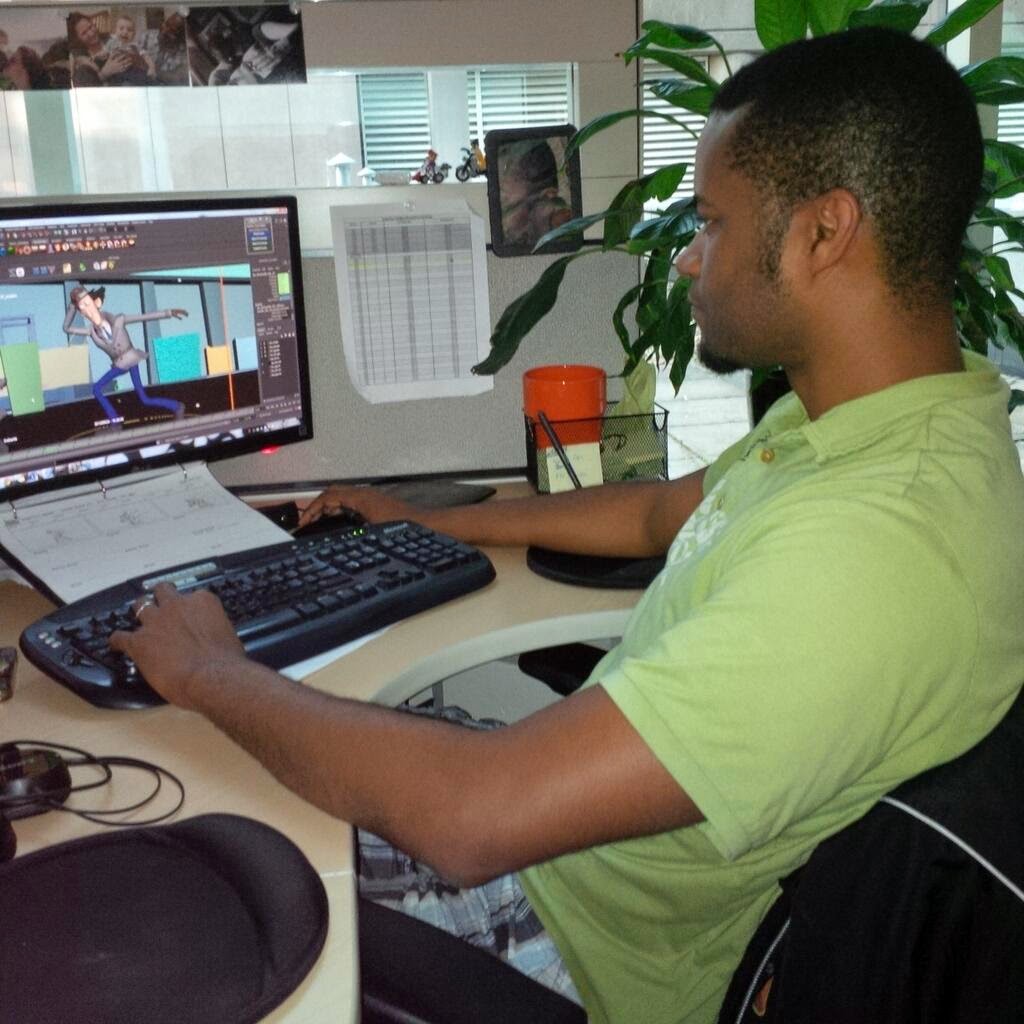 After just discovering the new series designs of Penny and Brain, here we have our very first behind-the-scenes glimpse of the CGI animation process. It's pretty fresh, too: The photo was posted to the Twitter account of a lady named Kelly Regan three days ago, on June 24, with the caption, "Len is animating Inspector Gadget here at DHX Media." (Meaning specifically DHX Halifax.) Adding to that, I think we can also glimpse the storyboard Len is working from right underneath his computer screen. I kinda like that frame of Gadget; it seems to be a slapstick-based shot. One detail which seems a bit weird: there's apparently a lot of space between his eyes and hat. Then again, this might be an extreme moment.

How long has the series been in animation? I'm not sure exactly, but I would guess at least for a couple of months. I learned the name of another animator, Evan Madinsky, through this article on DHX, and Evan's LinkedIn profile tells me that he started out on the show as a layout artist in January but has also been animating since April. So that should give an indication of the production process, though it doesn't necessarily tell us exactly when animation for the series (in general) started.

(I must admit I don't know anything more about the animator Len (his surname is not included), and I'm not 100% sure how the photo uploader Kelly Regan ties into DHX, either. Regan is a politician in Halifax, which doesn't tell me much; but I'm guessing she might be related to David Regan, an executive vice president at DHX.)
Posted by Mesterius at 3:27:00 PM