The photo shoot from DHX Halifax continues! This time via the Twitter account of politician Geoff Regan (the husband of Kelly Regan, who tweeted the first photo I showcased). What's up with DHX and all these politicians? Well, the photos circulating around Twitter all seem to stem from an 'open house' tour DHX arranged on the evening of June 24, the day they officially opened their new and larger Halifax studio offices. Here are Geoff's Gadget-related photos: 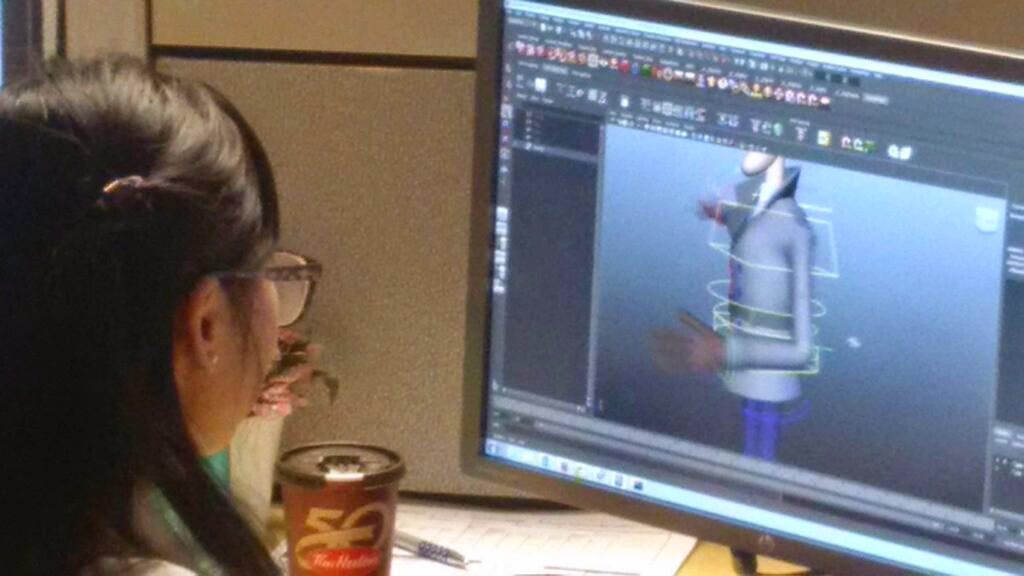 I'm intrigued by these shots of Penny and Gadget (edit: and apparently also Brain in the back seat) inside a car. Is it supposed to be new version of the Gadget Mobile? Also, might this be an example of Penny and Gadget officially working together on a case (since she's an inspector/agent-in-training in the new series)?...


And finally, via the Twitter of PR Professional Michelle Crosby, another photo of Len animating on that shot we've already seen. This time around, we see a little more of the on-screen action. Is that possibly Brain in the edge of the left-hand screen, being chased by Gadget? 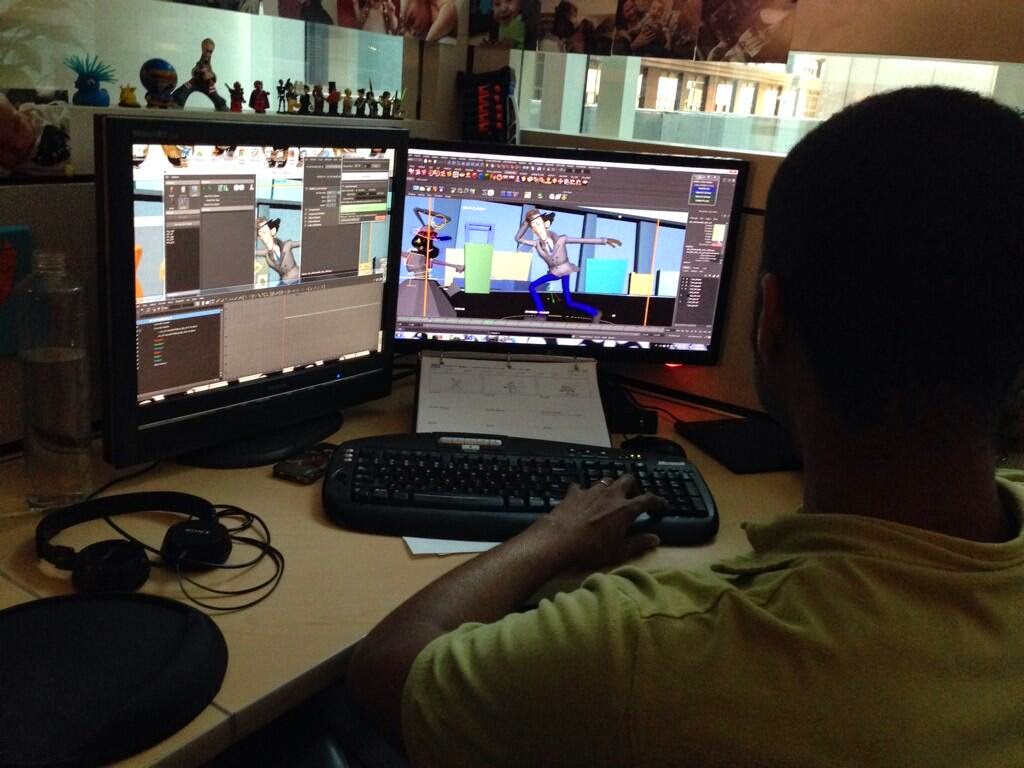 Thanks to Cortoony for the photo links!
Posted by Mesterius at 11:31:00 PM