Listen up, Asians and Australians! Turns out you'll be getting the new Inspector Gadget series earlier than (almost) anyone else that's been announced so far! Let's look at the premiere date for Boomerang Australia, via Toonzone's Boomerang International News and Discussion Thread. This press sheet has apparently been out since at least November 6 (and the Australian rebrand began already on November 3): 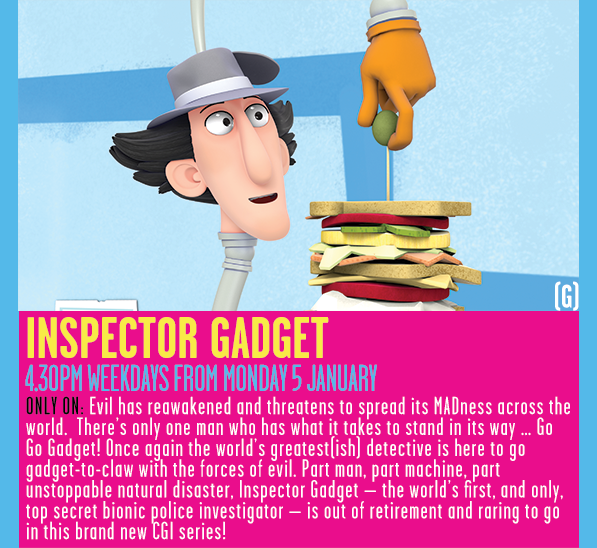 So: Boomerang Australia's premiere date is Monday, January 5, 2015, with the series slated to air regularly at 4:30 PM every weekday, Monday through Friday. Here's a transcript of the show presentation for reference, and because I like it:

Evil has reawakened and threatens to spread its MADness across the world. There's only one man who has what it takes to stand in its way ... Go Go Gadget! Once again the world's greatest[ish] detective is here to go gadget-to-claw with the forces of evil. Part man, part machine, part unstoppable natural disaster, Inspector Gadget - the world's first, and only, top secret bionic police investigator - is out of retirement and raring to go in this brand new CGI series!


And now, how about Boomerang Asia? Well, according to news announced yesterday, just a few hours ago...

Boomerang will relaunch in the Philippines, Cambodia, Indonesia, Hong Kong, Singapore and Myanmar.

Boomerang was last on air in Southeast Asia in December 2012, a Turner spokesman told TBI.

“The channel is powered with premium content from Warner Bros. meaning that it will now be the home in Southeast Asia for the likes of Tom and Jerry, Looney Tunes and Scooby-Doo,” said Mark Eyers, chief content officer, kids, Turner International Asia Pacific.

“The re-launch is a global initiative with a commitment to acquire the world’s very best animation, and we’ll be one of the first regions to unveil the new-look brand. Right from the start, we’ll be airing the all-new Inspector Gadget [pictured] and Turbo FAST series.”

The network will also have the animated reboot of UK comedy Mr Bean.

Boomerang’s move to an all-animation youth and family-targeted channel began in October, with a plan to reposition it as a ‘second flagship’ Turner kids channel that would sit alongside Cartoon Network.

The new look began rolling out on September 29 and then debuted in Australia on November 3. It completes next year.


Summing up: Boomerang Asia's premiere date for the reboot - likely across all of the above-mentioned areas - is Thursday, January 1, 2015; the day the Asian rebrand rolls out. It's impossible to tell, but this New Year's date airing just might become the show's first. It's certainly the earliest date I've seen 'till now.

Oh, and here's yet another cropped (though sharp) version of that there picture. This one has the title logo removed from Gadget's hat hand... I wonder what Chief Quimby is so anxious about now. 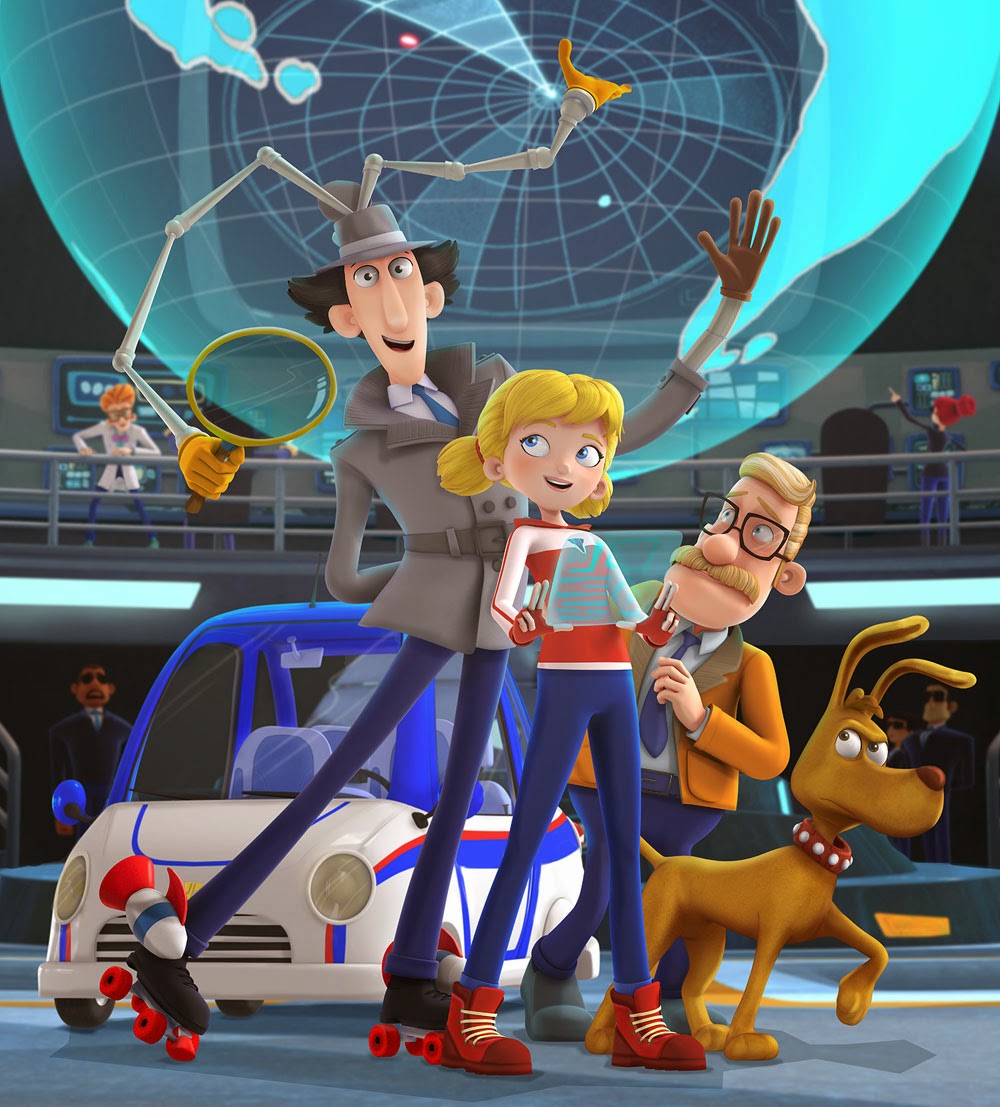