So Apparently, Boomerang France Airs the New Inspector Gadget From January 3, 2015 (What Happened To France 3?)

Weird broadcast news today... though it seems they are legit, as I've found two sources on this by now. From a December 5 article on CB News:

In English (via Google Translate and myself):

Turner Kids (Time Warner Company), which owns the children's channels Boing, Cartoon Network and Boomerang, announces that the latter will be split worldwide from January 3, 2015 onwards from its French concept and positioning. Outside France, Boomerang thus also addresses the 4-7 year olds and families with original productions. On the program side in France, the channel offers from January 52 new episodes of "Inspector Gadget" and "The Tom & Jerry Show", 26 episodes of "Mr. Bean" in April and 13 episodes of "Scooby Doo "in October. Among the news next February, 52 episodes of "The Jungle Bunch" and 13 episodes of "Wabbit" in December 2015.

Very curious news, and I'm not sure I quite understand why Boomerang France is splitting from the programming for Boomerang Europe in general; considering that Boomerang France clearly intends to debut numerous new animated series themselves, much like Boomerang Europe will when its rebranded version rolls out in February. But maybe the French channel wishes to keep more of their classic cartoons' schedule? I really don't know.

Anyway, I mentioned there was another source for this, and that souce specifies that the above-mentioned date of the split - the Saturday of January 3 - will also see the French Boomerang premiere of Inspector Gadget. Here's the relevant extract from this December 5 posting on Les Accros aux Séries:

The new and unreleased production of Inspector Gadget debutes in France on Saturdays and Sundays at 10:25 AM from January 3, 2015 on Boomerang, 26 episodes of 11 minutes.

This presentation gets one thing wrong: the new series consists of 52 episodes of 11 minutes (52 x 11 min., produced as 26 x 22), not 26 episodes of 11 minutes. But I'm assuming the rest of it is legit, as it matches and adds to the info from CB News. Plus, the post even includes a promotional image I haven't seen before... which is really just taken from the "Game Over, Man" episode clip on WorldScreen, but with different lighting. I guess this gives more of a normal, daylight glimpse into the home of Gadget, Penny and Brain: 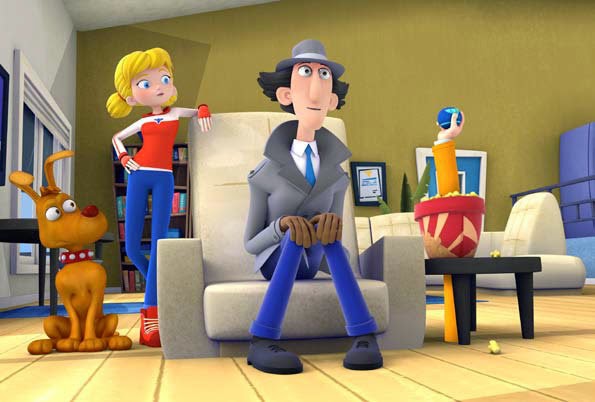 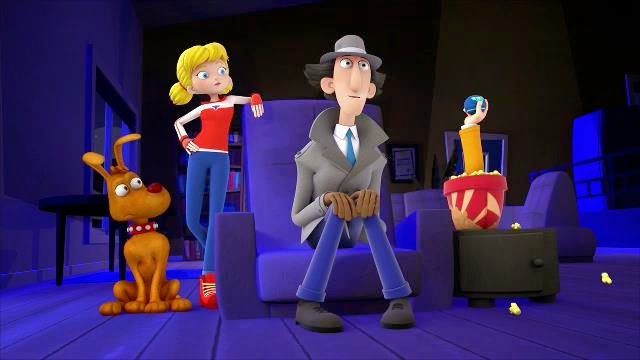 But ANYWAY. What truly confuses me about these Boomerang France news is the earlier announced info about the series' French airing. This seems to be a reversal to the situation way back in March (which I wrote about in April), when Turner issued a French press release stating that the Gadget reboot would debut on Boomerang (presumably Boomerang France) in November. That's all well and good in itself, and it even sort of makes sense that the Turner deal goes so far back. But only a few months after that press release, in July, French media everywhere was reporting that public channel France 3 had in fact purchased Gadget's reboot. This seemed to be a very good deal for the new series, one which would give it wide-spread exposure in a country where Inspector Gadget is already well-loved and considered a cult classic. So if the current news about Boomerang France are true... what happened to France 3??

There's another reason why I always liked that France 3 would broadcast the reboot: This is the channel which, under its old name "FR3", premiered the original Inspector Gadget series to French television more than thirty-one years ago. FR3 was even a production partner on the original show, putting up some of its financing. In that light, it felt kind of poetically fitting that France 3 of today would premiere the new series in France. I'm really curious what became of that deal.

Anyway, here's to the old days of Gadget on FR3... a vintage magazine ad promoting the first season's premiere run on the channel, from October 1983 to January 1985. (Scan courtesy of a generous collector whom I'll refer to here as "GC".) 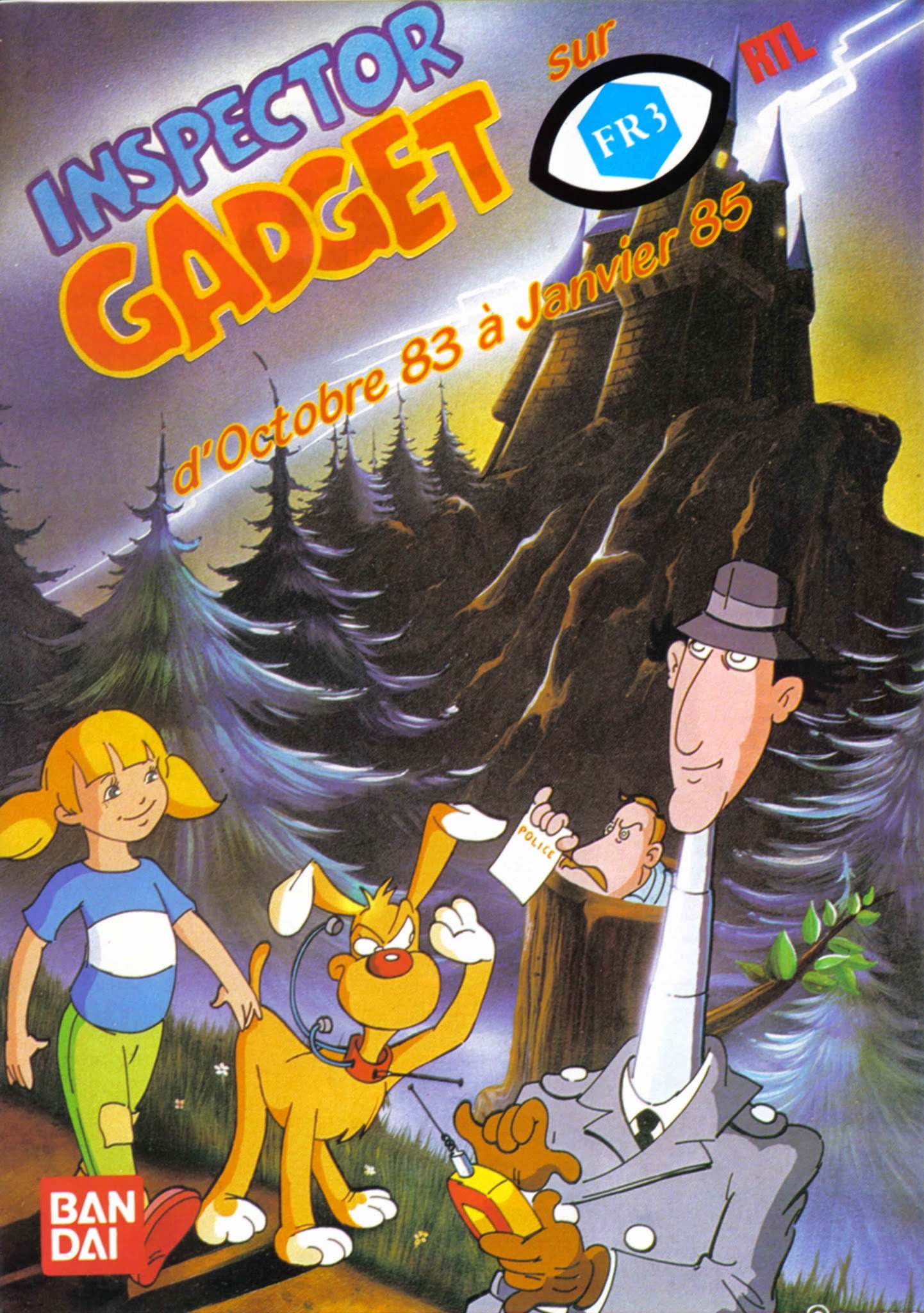