Boomerang in Africa (EMEA) Premieres Inspector Gadget's Reboot at 16:15 on January 14 (Plus Images of Historic Value!)

More schedule specifcations! The following was reported about a week ago by DStv, which is Africa's "leading multichannel digital satellite television operator", according to its info section:

Inspector Gadget has been fighting crime since before most DStv Kids were born - but Boomerang has a rebooted, CGI version of the old-school classic to go with their new look.

On Wednesday 14 January at 16:15, kids can catch Inspector Gadget as he takes on his arch nemesis, Dr CLAW.

While I'm not 100% sure, I assume this timeslot for Boomerang in Africa also includes Boomerang EMEA (Europe, the Middle East, Africa) in general; considering that January 14 matches the Boomerang EMEA date we already knew.

By the way: a longer DStv write-up on the reboot, published on January 1, includes a few images of potential interest. One is the 'waving' pose of Gadget which we've seen a gazillion times before, though without any background this time around... 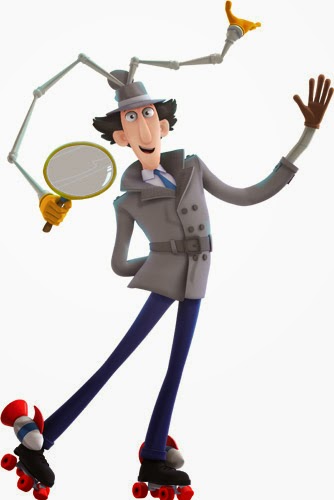 ...but the second image is much more interesting to me. Regular readers might recognize it - this is actually the very image that we saw from a different, low-quality perspective last June, when Penny and Brain's new character designs were first revealed on the web. At the time, all we got was a photo of some cardboard characters displayed in DHX Halifax's offices, but man, was it exciting just being able to see Penny and Brain back then! And now, we have a much better view of that original, first glimpse. Just for that, I'd say this pic even has some historic value. 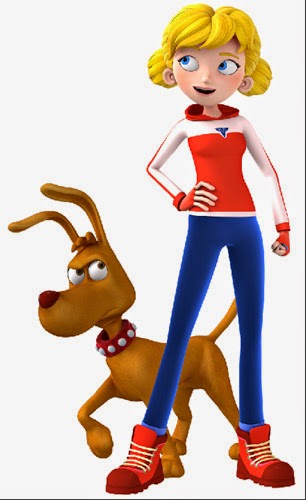 In fact, making the view complete, let's add in the image that was used on Gadget's cardboard display as well. This nice-quality version popped up recently on Super RTL's toggo.de...

And finally, here's the original press photo from June: