I'm currently a bit intrigued with this ten-year-old fan art by animation artist Andrew Dickman on DeviantArt. Gadget's basic design in this piece looks fascinatingly close to his redesign in the new TV series, don't you think? 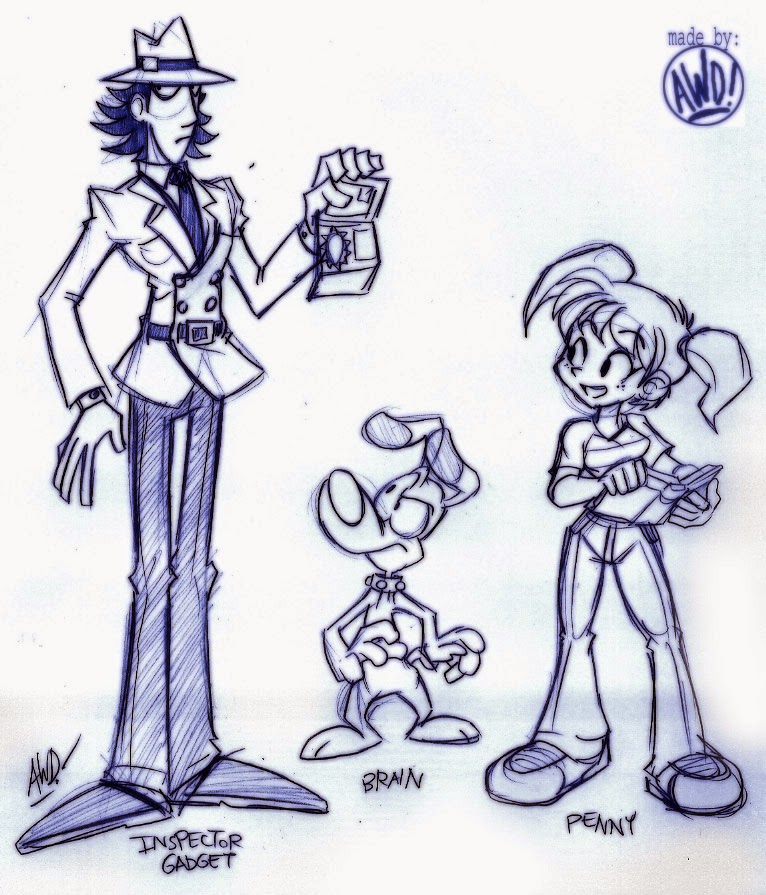 This drawing was published all the way back on May 15, 2004, so it's almost certainly a complete coincidence. But I mean, REALLY. Especially the short coat, but also the slim style of the legs, arms, and fingers, and even the simplified chin, reminds me directly of Gadget's new series look.

Not that I'm an expert on Inspector Gadget fan art... maybe there are dozens of similar-looking pieces out there. But I do find it intriguing how alike people's design ideas can be. While I suppose there IS a chance that some of DHX's designers have seen the 2004 piece by Andrew, it feels just as likely that the similarities happened by coincidence. Ricardo Adrégo once suggested a practical animation reason for shortening the coat for the new CGI series: "Shrinking the trenchcoat at the bottom saves precious rendering time since the program doesnt have to calculate the collision simulation." That makes as much sense as any potential explanation I've heard... though I suppose someone also thought the shorter version looked cool.

You may have picked up on me NOT exactly being the biggest fan of the shortened coat. I think it looks far less iconic than the 1983 coat, and honestly, I wish they'd kept it long. In that regard, this stylish, classic-looking 2006 piece by Andrew is more up my alley (though those shoes sure are goofy-looking)... 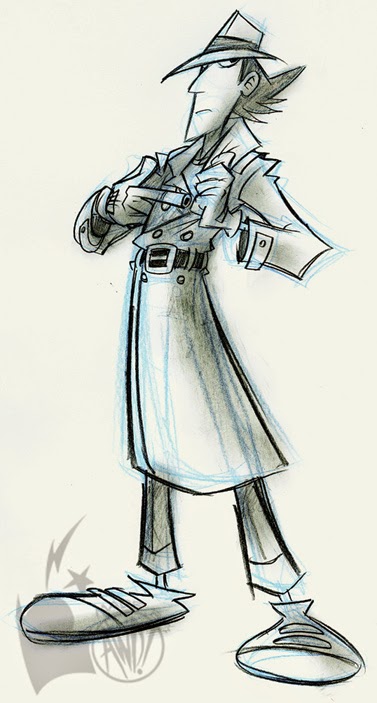