Gadget To The Rescue!

I've come to realize that, for the past year or more, pretty much all the posts here have been news updates of some kind - about the new TV series currently in production, the French book about DiC's history, the upcoming soundtrack CD etc. Of course it's great that so much is happening with Gadget right now, but I've always wanted this blog to be more than just news-related, especially considering that the history of the Inspector Gadget franchise dates back 30 years. So to break with the recent mold, I thought I'd finally get around to sharing one of the curiosities from my personal collection: A Spanish picture book from 1987 titled "¡Gadget al rescate!" ('Gadget to the rescue'), written by Eduard José and illustrated by Ángel Segura. 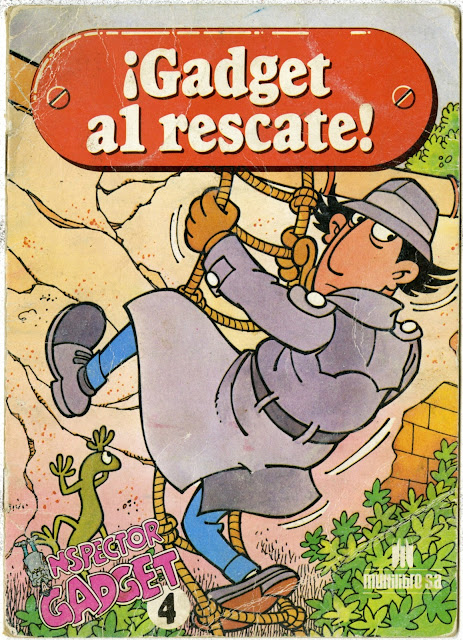 This 12-page book is the 4th volume (of 6) in a series released by Multilibro, which published quite a lot of licenced Inspector Gadget books in Spain back in the 80s. It's a simple little story, but charmingly drawn. Not to mention on-model: Gadget looks far better in this picture book for small children than he does in many other licenced adaptations I've seen... including Viper Comics' 2011 comic book. The only detail differing slightly from the original design is perhaps Ángel Segura's version of Gadget's legs, which seem a bit thinner and more rubbery than in the cartoon series. This sort of reminds me of one of the few Spanish comic strips I've read, Francisco Ibáñez' Mort & Phil (Mortadelo y Filemón), where many of the characters have the same kind of thin, bendy legs. Is this a common way of drawing cartoon legs in Spain? I have no idea, but I thought the detail noteworhty enough to at least mention.

Anyhow, let's start reading the book, shall we? First, the credits/copyright page... 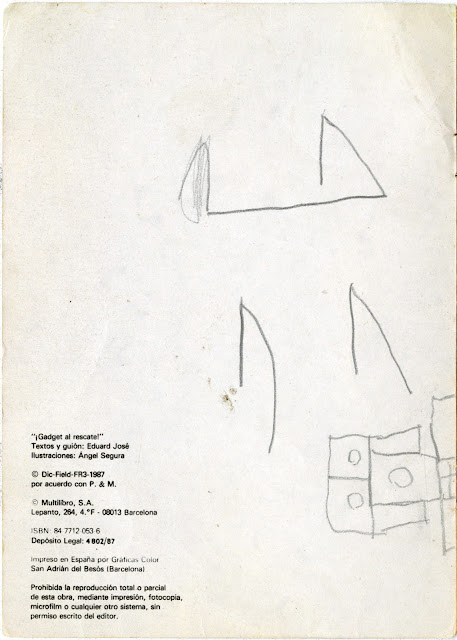 ...and now for the story! I'm including English-language translations of the Spanish captions underneath each page. (Note, though, that I don't speak Spanish - I simply typed the Spanish text into Google Translate and then rewrote parts of the English translation to make the grammar sound better. If Spanish-language readers spot any mistakes in the translation, please let me know.) 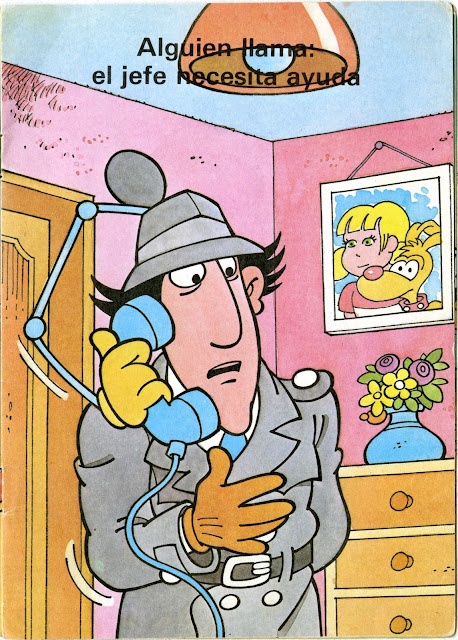 Someone calls:
the chief needs help. 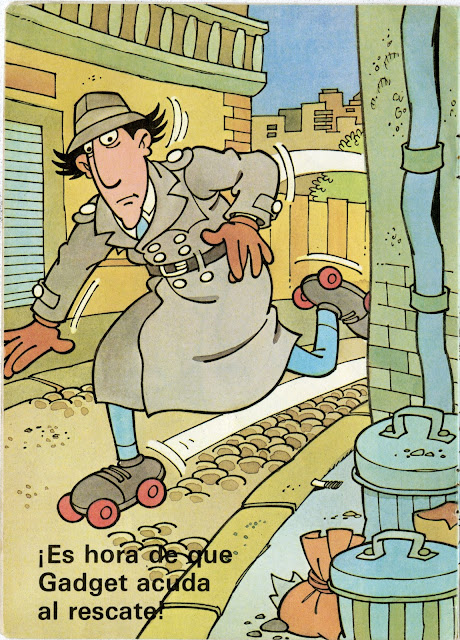 It's time for Gadget
to come to the rescue! 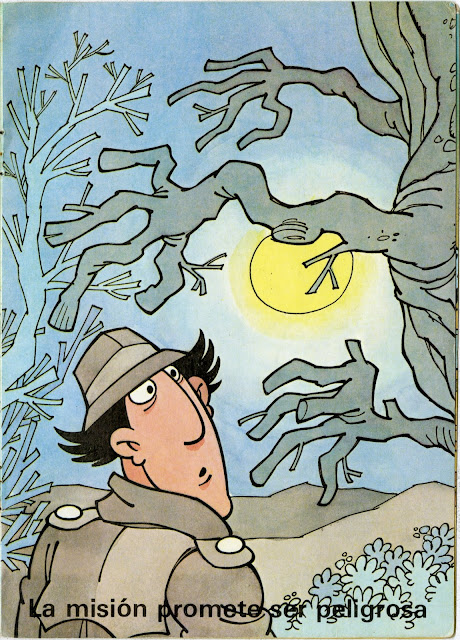 The mission promises to be dangerous. 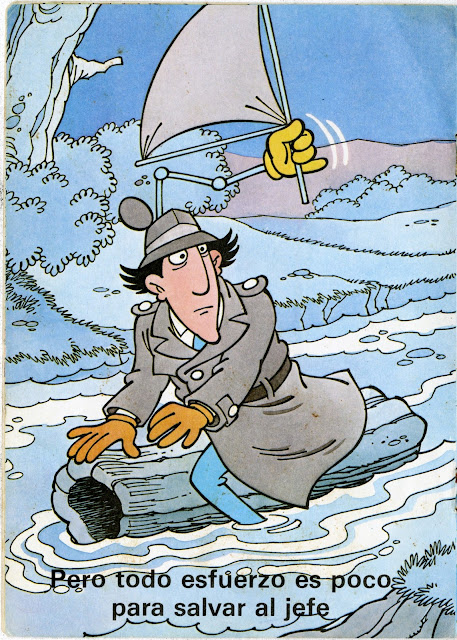 But every effort should be made
to save the chief. 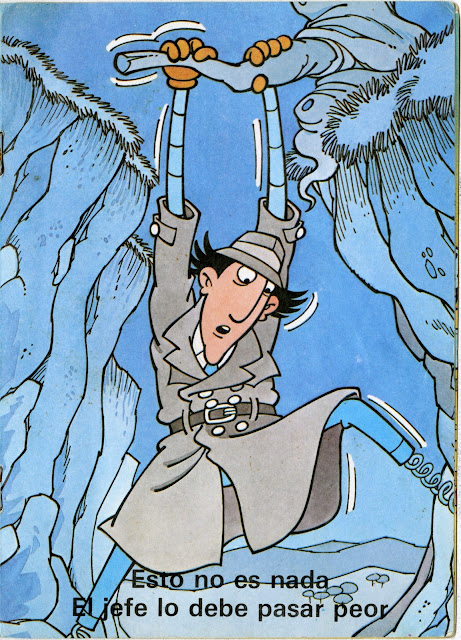 '
This is nothing.
The chief must have it worse. 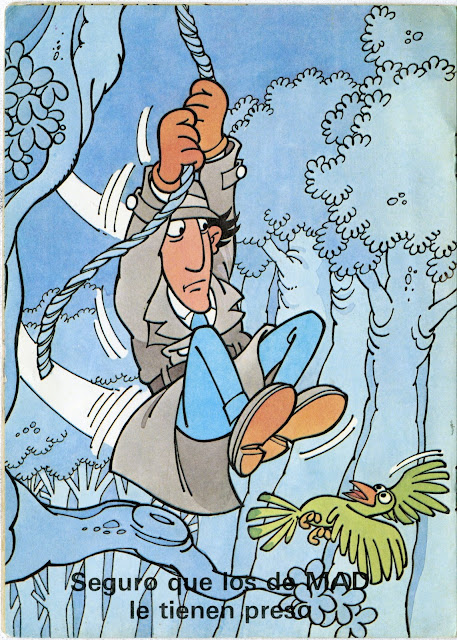 Surely, MAD
must have captured him. 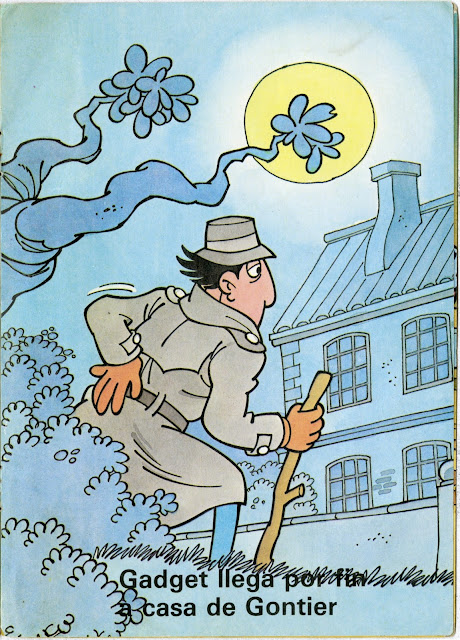 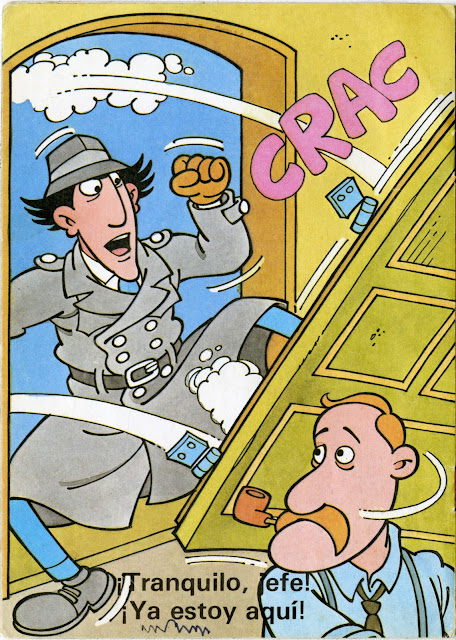 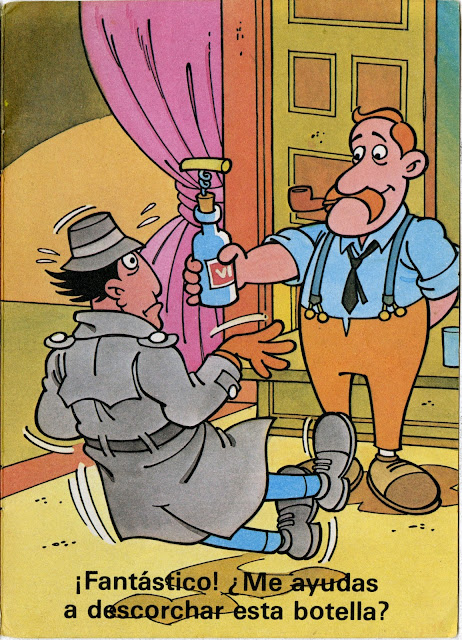 Fantastic! Can you help me
uncork this bottle? 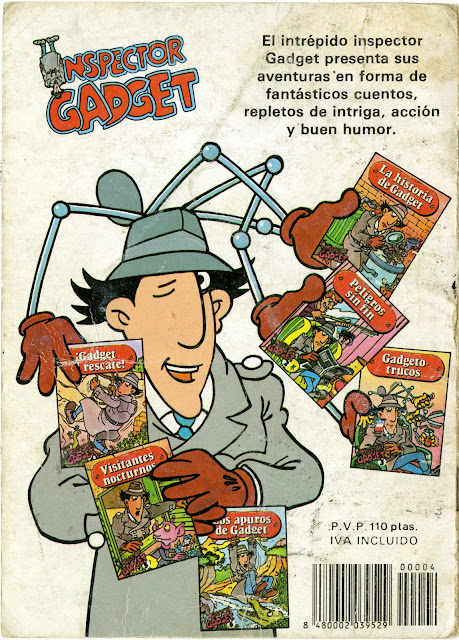 The fearless Inspector Gadget
presents his adventures in the form of
fantastic stories, packed with intrigue,
action and humor.