Season 2 of the New Inspector Gadget Series Is Recording Now

The quickest of quick updates to report this: The upcoming Season 2 of the new TV series - in production since July - has now started recording. The current voice actor of Inspector Gadget himself, Ivan Sherry, gave the reveal on Twitter on October 8:


Talon's voice actor Lyon Smith has also shared a few tidbits, including this snapshot from a recording session on October 28:


Just to be perfectly clear: This second season of the reboot has nothing to do with what Netflix in the United States is calling "Season 2", which is in reality the last ten episodes of Season 1. Netflix's deal with DHX included only the first 16 half-hours of Season 1 (of 26) when they first launched the series in March... so when the 10 holdover episodes were finally added on August 28, Netflix decided to call them "Season 2". This is a bit unfortunate, not only because of the confusion it leads to among U.S. viewers, but because it will undoubtedly lead to MORE confusion down the road. You can bet that when the real Season 2 hits Netflix US sometimes in the future, it will be called "Season 3". But, ah well, that's marketing for you.

Season 1, Volume 3 of the Reboot Out on Australian DVD Now (and on iTunes from December 14)

Yeah, I know. I want this site to be more active too, but for a number of personal reasons (including personal health), I haven't been able to keep up postings as much as I'd like. Still, Universal's Australian DVD releases of the reboot series - which continue to be the only home video releases in the world as far as I know - is a topic I have covered thus far, and so I wanted to notify readers of the latest developments. After a break of four months, Season 1 Volume 3 was finally released to DVD on November 5. Cover art below: 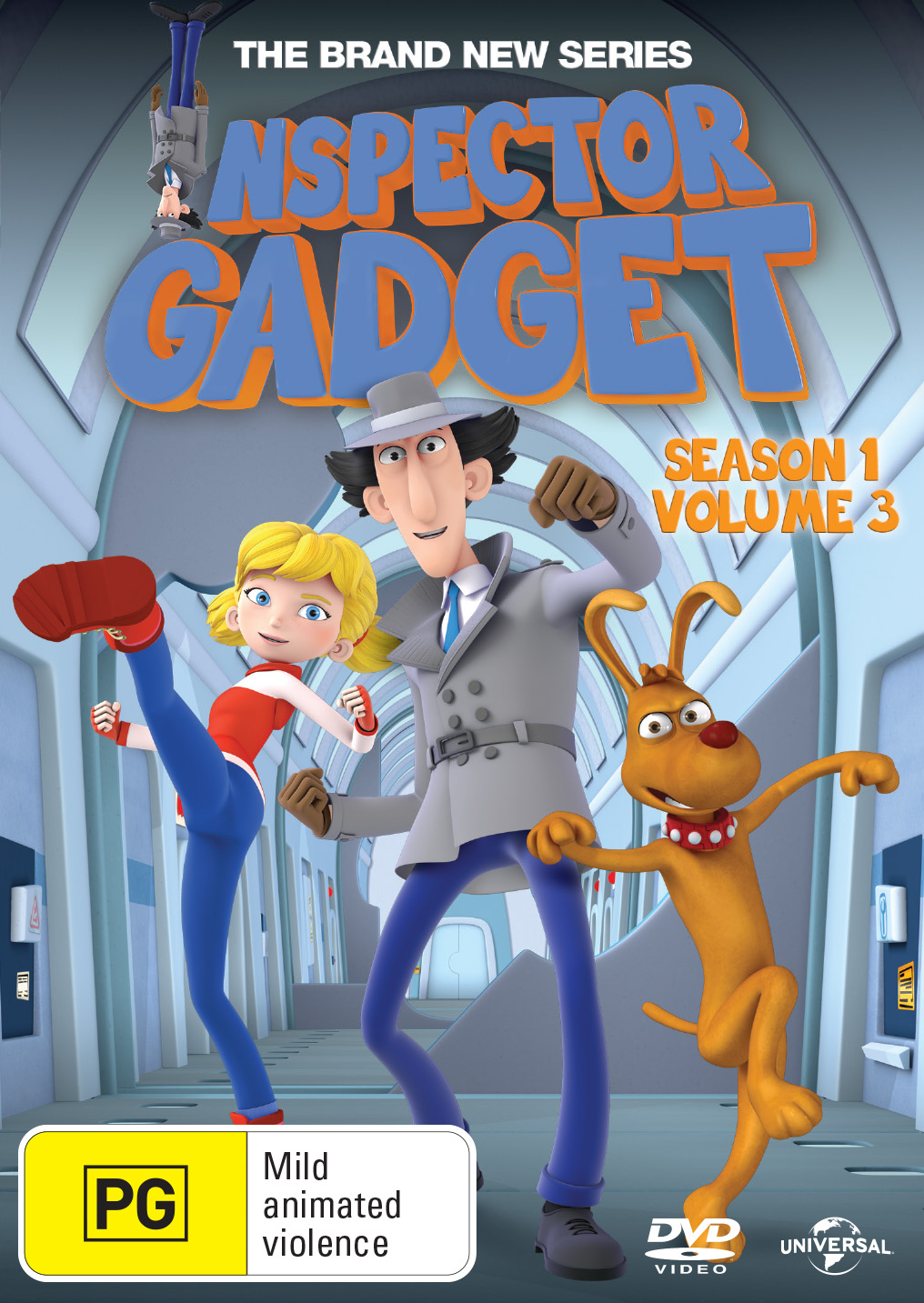 According to several online retailers - for instance Sanity - the disc contains half-hours #14-20, leaving one volume to collect the final six episodes of Season 1. I should add that in addition to buying Volume 3, fans currently also have a chance to win a copy over at Mum's Lounge (yes, I'm very late with reporting that, but hey, still three days left of the giveaway). 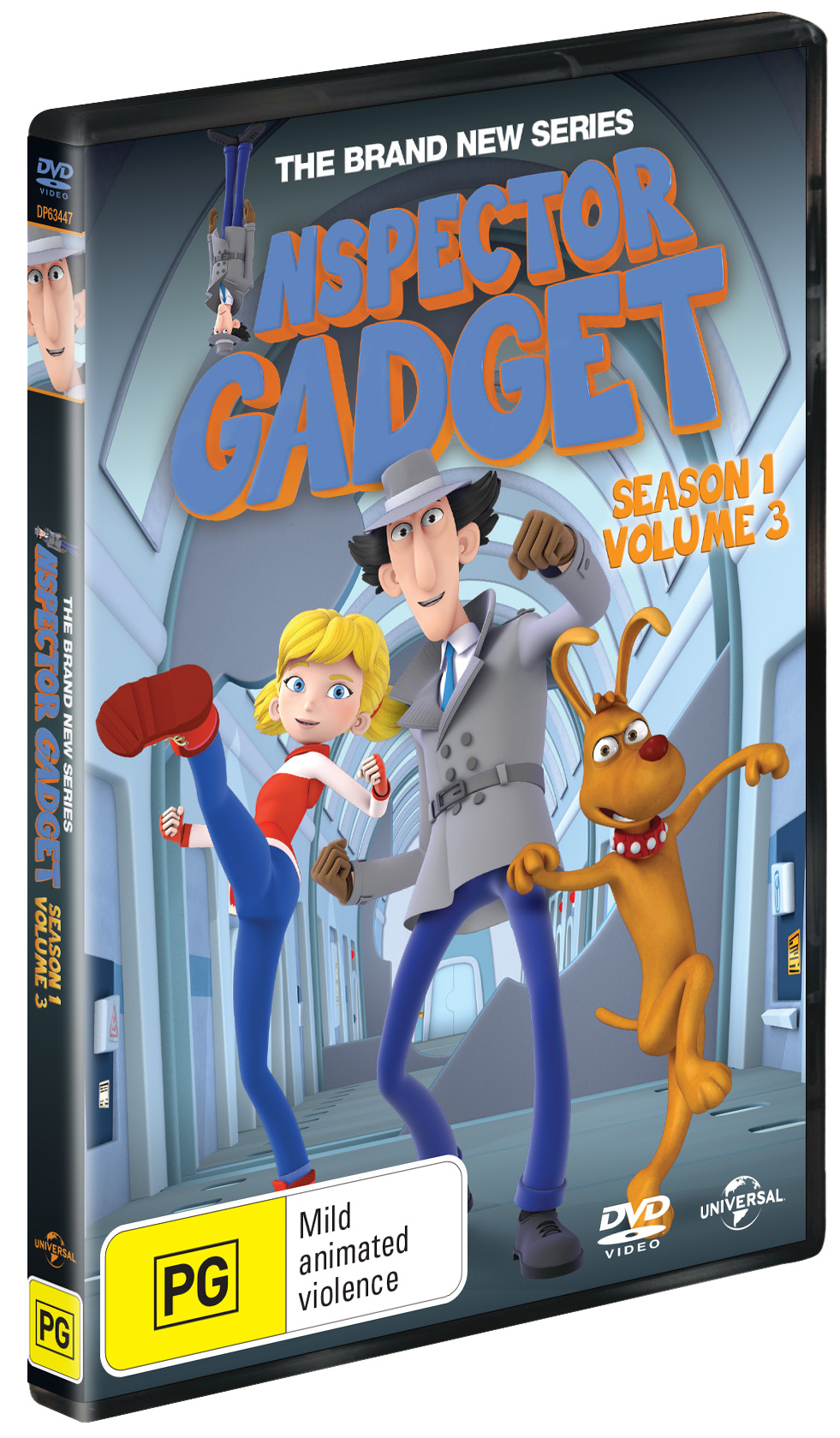 So much for physical media. But what about the digital video release - which, until now, has happened concurrently with the DVDs? Well, for whatever reason, Season 1 Volume 3 has not seen an iTunes release yet... and it still won't for a few weeks. I asked about this on the Facebook page of The Viewing Lounge (a home media showpage run by Universal in conjunction with several other distributors), and was told: "It'll be available on iTunes from December 14." So episodes #14-20 ARE coming to the VOD world, they've just been delayed slightly. The upcoming iTunes release is expected to be in full HD like the Season 1, Volume 1 and Season 1, Volume 2 packages were.

...and that is NOT quite all. Because as I was googling about for details on Volume 3's release, I noticed that the low-res cover art for Volume 4 has already popped up a few places. Customers won't have to wait four new months for this one: According to Digitales, Season 1 Volume 4 will come out already on January 14, 2016. Presumably it will contain the remainder of Season 1, half-hours #21-26. So in not too long, the entire first season (i.e. the entire series at this point, even though Season 2 is in production) will have been released to DVD and VOD in Australia. [UPDATE (December 2): I found a higher-res pic of Volume 4's cover than the one I first posted, so I replaced it below.] 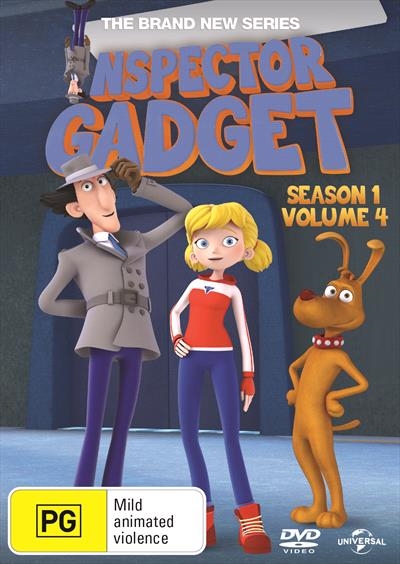 Finally, we happily note that the covers for both Volume 3 and Volume 4 look much better than the one for Volume 2, which you might remember featured a bizarrely misplaced and badly edited smile on Gadget's face. Photos of the physical DVD have turned up on Ebay in recent months, so I can now conclude that the worst version of the smile did indeed end up on the final cover. Ah well. It looks awful, but at least three out of four covers came out decent. (And of course, there are also those who prefer the crooked smile on Gadget - each to his own taste!) I still can't understand why it's so important that ALL the main characters smile on EVERY cover motive, though. 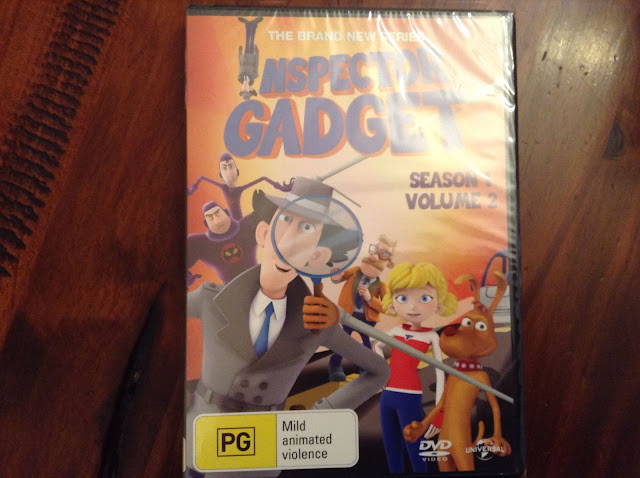