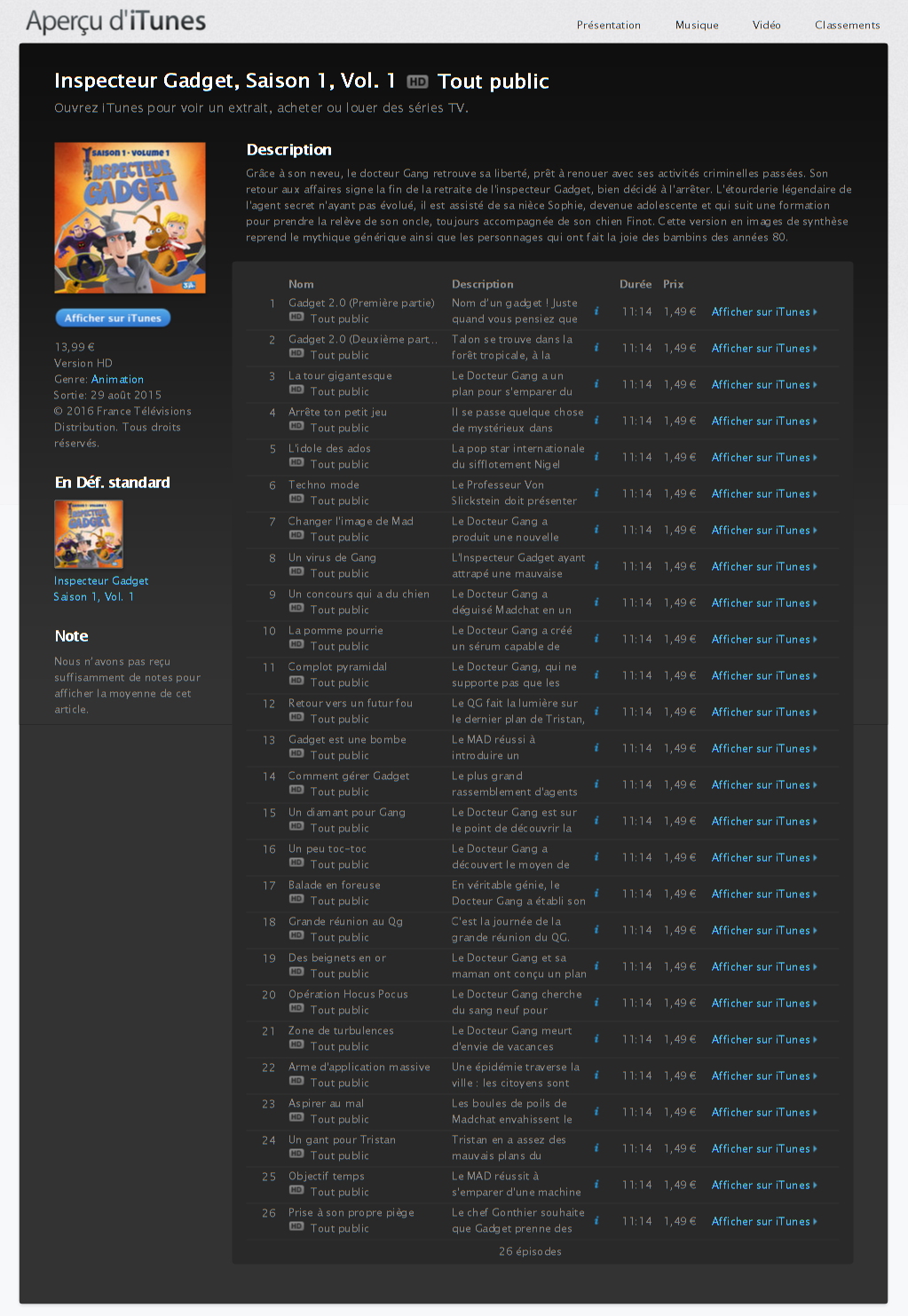 As we can see, this covers episodes 1-13 going by the original production format. Note too that this release comes courtesy of public broadcaster France Télévisions, and as such the release date listed is August 29, 2015, the date the series premiered on France 3; despite the fact that it was broadcast on Boomerang France half a year prior.
Posted by Mesterius at 6:11:00 PM No comments:

Here's something which should be fun if you like Gadget's new voice actor: the first video interview I've seen with Ivan Sherry talking about his role, and about the reboot as a whole. Among the things we hear:


The interview was conducted this weekend at the Canadian pop culture expo Hero Fest Lindsay, which Sherry attended as a guest (you may recall he also talked about Gadget during last spring's Hero Fest Kingston) – and for the record, the rather strange interviewer here is "Dr Stevil" of the Chatting With Stevil YouTube show; a character who's an obvious nod/tribute to Dr Evil from Austin Powers. If you know as little about this guy as I did upon finding this video, here's a quick presentation.
Posted by Mesterius at 11:09:00 AM 1 comment: