After the announcement that German broadcaster Super RTL will debut the new Gadget series in a little over a month, I had a hunch it might be wise to follow the channel's Facebook page... and I was right. Yesterday, Super RTL announced their upcoming premiere on Facebook with this: 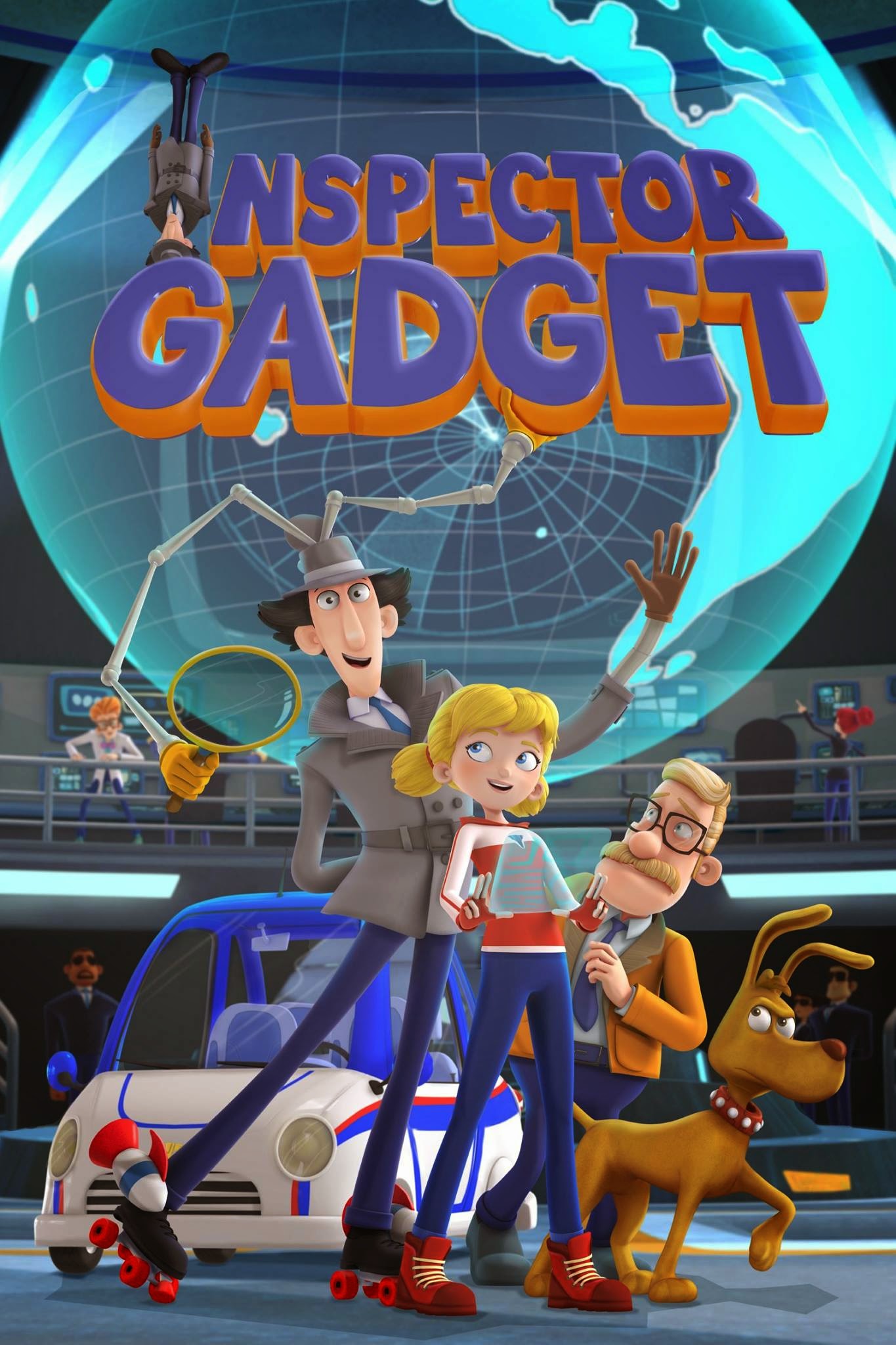 Of course, readers of this site have already seen this motive (or parts of it) many times; because various cropped and/or low-res edits of this image have circulated on the web since June. Heck, I even did my own edit of it from two different, cropped sources back in September. And I was beginning to wonder when someone, somewhere, in charge of releasing these press pictures would eventually think, "Hmmm... maybe we should just release a sharp high-quality version of this rather than all those low-res and weirdly cropped edits." Well, seems someone finally did think that. This version is still cropped somewhat on the sides, but it looks infinitely better than earlier press releases. Nice to see the imagery up close and in detail.

The text part of Super RTL's Facebook status also contained some revised info on the broadcast:

Who still remembers Inspector Gadget?
From January 9, we air the lavishly animated remake of the cult series from the 80s in German premiere - every Friday and Saturday at 19:45.


As we remember, the press releases from last week stated that Super RTL would air the series at every weekday, i. e. Monday through Friday at 19:45. The Facebook post, however, claims that the air time will be every Friday and Saturday at 19:45. Which is correct? I'm going to guess the Facebook post, simply based on the fact that the actual premiere day of the show, January 9, is a Friday. Plus, the idea of airing the new series daily in first-run premiere sounded just a little strange, as you'd then plow through all 26 half-hours in less than six weeks.

One last thing: Super RTL's Facebook status has already generated much attention, in the form of several hundred likes and numerous comments both positive and negative. As usual when a reboot of this kind is announced, many of the commenters have already decided that the new series will be terrible compared to the old. Such an attitude is to be expected, but one detail stood out to me in the criticism from many of these people. A few samples:


Now, just to be clear, what these folks are actually complaining about is the choice of three-dimensional CGI animation (computer-generated imagery) rather the hand-drawn style of the original series. But they are literally whining about the reboot series being "animated". And I know it's kind of petty to comment on this, but that just sounds STUPID. In these people's world, apparently, "animation" means only CGI, whereas hand-drawn is... um... something else, I guess. So, yeah, really, how dare the new Inspector Gadget series be animated! What a crime to the memory of the original!

It's far from the first time I've seen this mistake made, either. Over the past decade, in conversations with various friends or aquaintances (not animation geeks), I've heard a number of statements akin to this: "Tangled was great, but I wish they hadn't animated it. Seems animation is all they're doing these days." Is it really that hard for people to grasp that CGI is only one type of animation, and that the term encompasses tons of different techniques, hand-drawn cartoons included? Apparently so.

So watch out, kids. Before you know it, the precious cartoon memories of your childhood could end up getting ANIMATED reboots, too!
Posted by Mesterius at 3:59:00 AM